How to Choose the Best, Most Effective Antidepressant 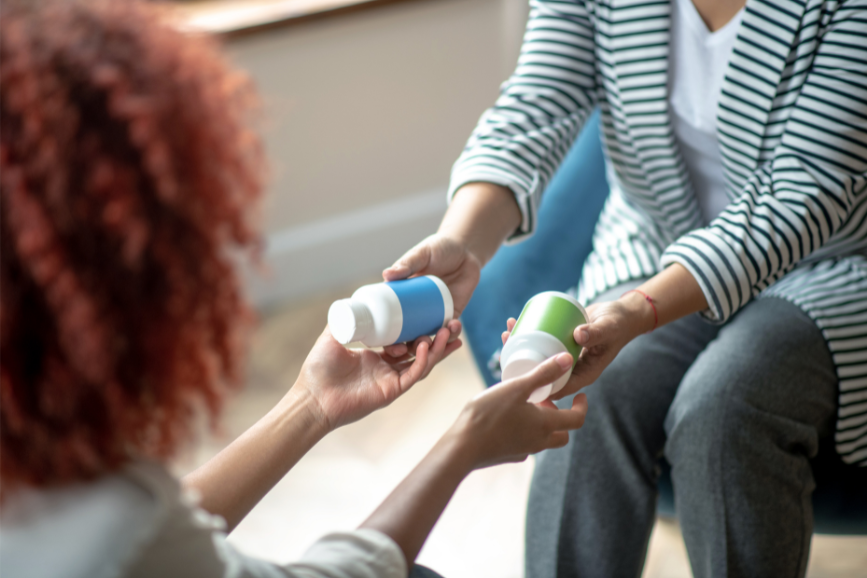 Depression, also known as major depressive disorder or clinical depression, is a common mood disorder that can vary from mild to severe. It is characterized by a persistent loss of interest in once-enjoyed activities, exhaustion, altered sleep patterns, hopelessness, etc. lasting at least two weeks. In 2020, approximately 21 million U.S. adults experienced at least one episode of major depressive disorder.

66% of those affected take medications. Identifying the best antidepressant for your condition can be challenging. There are a significant number of medications available and whether they will work well depends on the individual. Keep reading to learn how you and your healthcare provider can select the best option for you.

Antidepressants are prescription-only medications indicated to treat depression and other psychological disorders such as anxiety.

What are the different types of antidepressants?

Antidepressants are divided into five classes:

Which antidepressants are best?

According to the American Psychiatric Association (APA), no antidepressant is more effective than another in treating depression. The best antidepressant is individual-specific; it is the one that provides the greatest therapeutic benefit to the patient with the fewest negative effects. However, SSRIs and SNRIs are typically better tolerated than other groups by the majority of patients. They also help alleviate anxiety, which can co-occur with depression.

How do doctors choose the most effective antidepressant?

Your doctors will need to know if you have used any antidepressants in the past. If you've previously used antidepressants, they’ll evaluate your experience with them to help determine which one will be most effective. However, if you have never taken an antidepressant, your doctor will likely base their recommendation on the medication's potential side effects.

For example, for patients with chronic pain conditions, SNRIs may be preferred over SSRIs because they are more well-tolerated. Additionally, bupropion (Wellbutrin) may be preferable if you are concerned about erectile dysfunction because SSRIs and SNRIs are more frequently linked to sexual issues. Additionally, trazodone is preferable for patients who suffer from both depression and insomnia because it tends to make people feel very sleepy. Your provider may be able to offer a genetic test to determine whether you might be prone to adverse reactions with certain antidepressants, though this may not be covered by insurance.

Which class of antidepressants is most prescribed?

SSRIs are favored as the most commonly prescribed class of antidepressants because of their effectiveness and low side effect profile. Also, SSRIs are relatively cheap because of the availability of many generic versions. SNRIs and bupropion are also common choices.

Which antidepressant works the fastest?

Although it typically takes 4-6 weeks to notice any antidepressant's therapeutic effect, how quickly it takes effect depends on the patient. Get in touch with your doctor for a review if you don't see any changes after 8 weeks of use.

Can antidepressants cause withdrawal symptoms?

How can I save money on my antidepressant medications?

Using a prescription discount program like the rxless discount card is a great option that typically gives you the best price, often costing less than insurance copays. It is free to use and can save you up to 88% on your prescription. Even those with health insurance or other health coverage can use rxless at most pharmacies, including CVS, Rite Aid, and Walgreens.